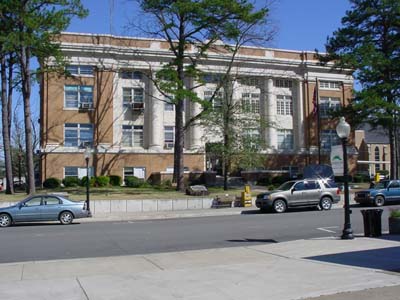 The Conway County Courthouse is located in downtown Morrilton and has been a fixture of the community for over 70 years.
Conway County lies in the heart of the fertile Arkansas River Valley in the rolling foothills of the Ozarks. The county was created on October 20, 1825, from territory taken from Pulaski County, which then included all of present-day Faulkner, Van Buren, Pope and Perry counties and part of Yell County. Conway County is named for Henry Wharton Conway, a member of the Arkansas territorial delegation to Congress.

Perhaps the county's the most striking landmark is Petit Jean Mountain, which provides beautiful views of the valley. On top of the mountain is Petit Jean State Park, flagship of the Arkansas state park system and its most visited. The focal point of the park is Cedar Falls, one of the highest waterfalls in the South. The park has more trails listed on the National Recreation Trails Registry than any other Arkansas state park. 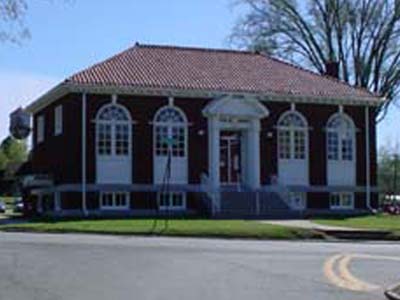 The historic Conway County Library was recently renovated to provide better use to the citizens of the area.
Conway County has worked to diversify its industry and is home to a variety of businesses and manufacturing, as well as to Winrock Farms, the agricultural enterprise founded on Petit Jean Mountain by the late Arkansas Gov. Winthrop Rockefeller. Some 6,000 acres of the farm are used in the production of purebred Santa Gertrudis cattle. Winrock International Livestock Research and Training Center is a public foundation working to advance animal agriculture to meet human food needs.

Another Rockefeller legacy is the Museum of Automobiles. The nonprofit organization's permanent collection includes a 1923 Climber, one of two in existence, which represents Arkansas's brief foray into automobile production from 1919 to 1924.

Conway County's late classic revival courthouse, built in 1929-1930, is being restored with the help of the Arkansas Historical Preservation Program.

-- courtesy the Association of Arkansas Counties

Perry County was created in December 1840 from the part of Conway County south of the Arkansas River. The county was named for Oliver Perry, a hero in the War of 1812, who said, "We have met the enemy, and they are ours."

About half of Perry County is in the Ouachita National Forest, and one of the county's principal industries is timber. One of the newest plants is Southern Chips, in the county's northeastern enterprise zone, which produces wood chips for Arkansas Kraft.

Cattle, hog and poultry production plus rice and soybeans make up the county's major agricultural activity. Other industry is located in the county, but many residents commute to surrounding counties for employment. Rural water systems under development by the county may improve the economic picture.

Because some much of the county is national forest, the county attracts many outdoor enthusiasts. Harris Brake Wildlife Management Area is the smallest in the system, but it is crowded during duck hunting season.

Lake Nimrod, built on the Fourche LaFave River for flood control and recreation, is known for water skiing, hunting and fishing. Situated between the Ouachita and Ozark Mountains, the lake is lined with pine and hardwood and offers boating, swimming, picnicking and camping. Harris Brake Lake is popular with anglers, and the Fourche LaFave River has large catfish. The eastern boundary of the county follows the Arkansas River for several miles.

The Perry County Courthouse, an 1888 structure, is on the National Register of Historic Places.

A Natural Heritage Area called the Perry Mountain Roadcut exposes varieties of sandstone, siltstone and shale of the Atoka Formation as well as some quartz.

The Heifer Project International Learning and Livestock Center located is a privately financed, nonprofit endeavor located on 1,200 acres in the county. For nearly 55 years, it has provided livestock and training to low income farmers in developing countries. In turn, the farmers pass on their newly acquired skills and the livestock's offspring to other needy families.

-- courtesy the Association of Arkansas Counties